Our webinar with CarGo was amazing.

The broadcast of the IPification webinar “CarGo App Experience: Mobile User Security and One-Click Login for Better MAU Growth (with Demo)” has finished. Register to watch the recording.

In the webinar, IPification CEO Stefan Kostic, and IPification Marketing Director Maja Perovic Baines hosted Vuk Guberinic, CEO of CarGo, a company that has all but become the synonym for innovation in the Balkan region.

The attendees had the chance to hear about the first-hand experience in developing such an app, the plans for its future, as well as why they chose IPification – and the results CarGo saw since the implementation.

However, with more than 1,000,000 users, this turned out to be quite costly and inefficient: especially when you take into consideration that each of these verifications has to be paid for.

On top of that, 12% percent of these SMS were unsuccessful deliveries. That means that 12% of the users were prevented from using CarGo right at the start, thus completely deteriorating the user experience which is far from ideal initial UX. That’s when negative reviews start to pop up on app stores, damaging your brand image.

An app that already boasts ride-hailing and food delivery services with plans to become a full-fledged fintech app with an array of functionalities, CarGo’s implementation of IPification was a logical step.

With so many users, CarGo needed a cost-effective solution for frequent user verifications, and IPification enables that. Instead of paying for each verification, with IPification, service providers need only pay once for an infinite number of verifications per user.

Furthermore, user experience flourishes with IPification. There is no other app involved, no code, and there is no password-typing involved. All it takes is one single click, and the users are verified within seconds with a 100% success rate.

IPification makes sure that the users are verified seamlessly while securing micro-transactions that happen, and making sure that no users fall out of the funnel before they even start using the app.

So, how does it work?

Setting Up IPification: How It Works

IPification has been live within CarGo for more than 2 months, after having been implemented within days for MTS operator’s subscribers.

To be able to integrate IPification, mobile network operators have to implement the IPification GMID box on their end first. From there, it’s extremely easy for service providers to integrate it into their app.

Currently, only MTS in Serbia offers the IPification services to their users, although IPification is looking forward to implementing it within the other two major network providers early next year (2021 will be lots of fun 🙂

IPification uses the mobile network operator infrastructure to assign each user with a unique mobile ID key based on their phone number, SIM card, and device data, thus blocking even the advanced cyber-attack strategies such as SIM swap. Each time an authentication request is sent, IPification verifies that this data is the complete mobile ID key of a user.

Moreover, IPification upholds the value of privacy just as much as it does security, and user experience. In today’s day and age, when data has become digital gold, our solution was designed to keep the end-users’ data private.

With IPification, CarGo has already seen fantastic results, enabling them to ensure to keep their user trust as the app and its user base grow even further. How to Enable IPification Passwordless Authentication in Microsof... 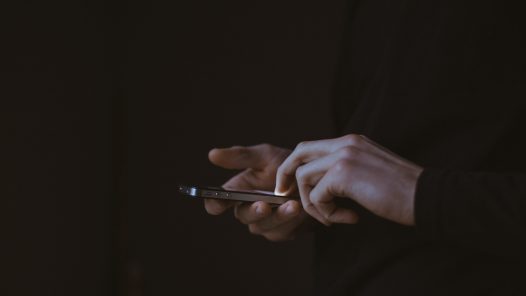 MNO and Mobile Identity: The Power of Addressing Fraud at the Poi...